Last-minute reminder: apply for the moderator job! Let us hear from you!

I work as a cashier for my employer. My personal interests involve computers, software, etc. I have worked for them for 3 years. They are all quite 'dummies' when is comes to maintaining a healthy computer. One of their office/administrative computers crashed a few weeks ago. The very first thing I did was open the case, and blow some of the monster-dust-bunnies out. Got a can of compressed air and finished up the rest - voila! Just like new - almost! I had asked how often the PCs are shutdown, they said never??? In 3 years?! no way!?!? I explained the horrors what could occur by letting them run 24/7/365. My supervisor has asked if I would run some maintenance on the office computers. Total of about 8-12 desktop HP/Compaq PCs operating on XP Home and XP Pro on some. In preparation for my upcoing task, I'm looking for apps to install on my USB stick (512MB), I've already downloaded and installed the following portable apps to my stick: 1. "SIW - System Information for Windows." http://www.gtopala.com/ 2. "ClamWin Portable" http://portableapps.com/apps/utilities/clamwin_portable Clamwin may be un-necessary, as they don't have internet access on these PCs. 3. "Firefox Portable" http://portableapps.com/apps/internet/firefox_portable If I am granted administrative access, I plan to install: 4. "CCleaner v1.32.345" http://www.ccleaner.com/download/ 5. "Spybot - Search & Destroy 1.4" http://www.safer-networking.org/en/download/index.html What other apps or portable-apps should I run?
posted by jamjammo (141 comments total)

This post was deleted for the following reason: you are confused


Where is my graphic of the hopping bunny with the pancake on it's head?
posted by dglynn at 1:21 AM on September 7, 2006

You may want to try asking this question in the Ask Metafilter section. Ask Metafilter is set up precisely for this type of post; a request for help phrased as a question accompanied by a bit of background information. The main metafilter section (which is where we are right now) is for posts that contain links to information, opinion, videos, art, jokes, games, and so forth; things you think are interesting and want to pass along to other people. This is why, any minute now, someone is going to delete this post.
posted by Clay201 at 1:22 AM on September 7, 2006

You sound like the best cashier for the job. "Administrative access" granted, by all means.
posted by wtfchuck at 1:24 AM on September 7, 2006 [2 favorites]

Why are "Computer support" people universally such idiots? Is it because if they knew anything they'd be doing something else? Yes I think it is. The problem is that they seem to think That they are experts, since they deal with people who don't know anything about computers. It's a very irritating mix.
posted by delmoi at 1:37 AM on September 7, 2006

I hereby plant this flag into what I consider the second most ridiculous post I've ever seen.

you asked for it. 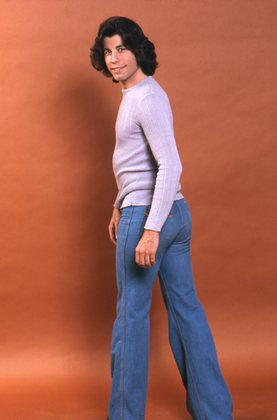 Snark. Snark. Snark. Snark. Why not just accept the obvious, namely that the poster accidentally confused the blue with the green, flag the post and move on? Unless snarking has become some kind of art form while I was sleeping.
posted by Herr Fahrstuhl at 1:47 AM on September 7, 2006

The name of the computer? I couldn't tell, but it was some kind of mushroom.
posted by GooseOnTheLoose at 1:47 AM on September 7, 2006

[implied sarcasm] [picture of elephant pissing] [calls out cortex] [blames dios]
posted by Jofus at 1:54 AM on September 7, 2006

See, that's why you want to post these after midnight, when Jessamyn's gone to bed already.
posted by Dunwitty at 1:55 AM on September 7, 2006 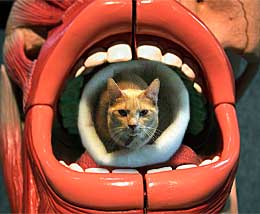 Uh-oh.
Yeah, jamjammo, understand that the bizarre reaction to your question here is because it belongs over at Ask Metafilter, as Clay201 said.
Anyway, it's been a while since I saw the balloon-humping bunny, so thanks, geekyguy.
On preview, I dig what you're saying, Herr Fahrstuhl. But snarking does seem to be something of an artform here, so....
posted by zoinks at 1:58 AM on September 7, 2006

OK, there must be something else going on here, he snarked. The title is "maintaining a health 24/7 computer". This is a viral for the new Borat movie, right?
posted by imperium at 2:03 AM on September 7, 2006

it belongs over at Ask Metafilter

In literary criticism, stream of consciousness denotes a literary technique which seeks to describe an individual's point of view by giving the written equivalent of the character's thought processes... In stream of consciousness, the speaker's thought processes are more often depicted as overheard (or addressed to oneself) and is primarily a fictional device.
posted by scheptech at 2:07 AM on September 7, 2006

This post rocks!
<img src="http://www.animation-station.com/people/images/band_playing_instruments.gif"?
posted by RobertFrost at 2:10 AM on September 7, 2006

it belongs over at Ask Metafilter 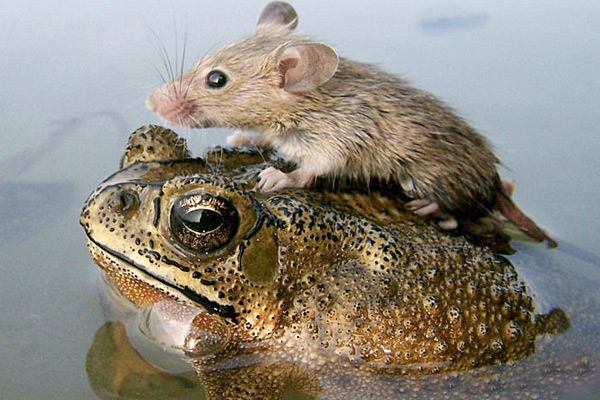 The discovery of gold in a new region typically began with a spontaneous discovery of "free gold" by a single individual. This free gold was usually placer gold in the beds of streams that descend from a nearby mountain range. Propagation of the news of the discovery typically resulted in a large influx of prospectors to join existing groups and to form new ones. The free gold supply in stream beds would become depleted somewhat quickly, and the initial phase would be followed by a longer period of prospecting in upper canyon walls for lode gold. Typically the heyday of a gold rush, when the lodes had not yet all been prospected, would last only a few years. In some cases, the depletion of gold was followed by a transition to a silver boom, and then a period of mining of other lesser value minerals. For significant gold-producing areas, the initial rush phase would be followed by a transition to modern industrial mining of ore.
posted by gramschmidt at 2:13 AM on September 7, 2006

Also, Jamjammo, if you repost this at AskMe, edit your question a little. Keep your main point short and direct on the front page, and leave the specifics of your story for [more inside]. Otherwise you'll seem like a bit of a text hog and some readers will pass your query by.
posted by maryh at 2:16 AM on September 7, 2006

delmoi writes "You mean, none? " 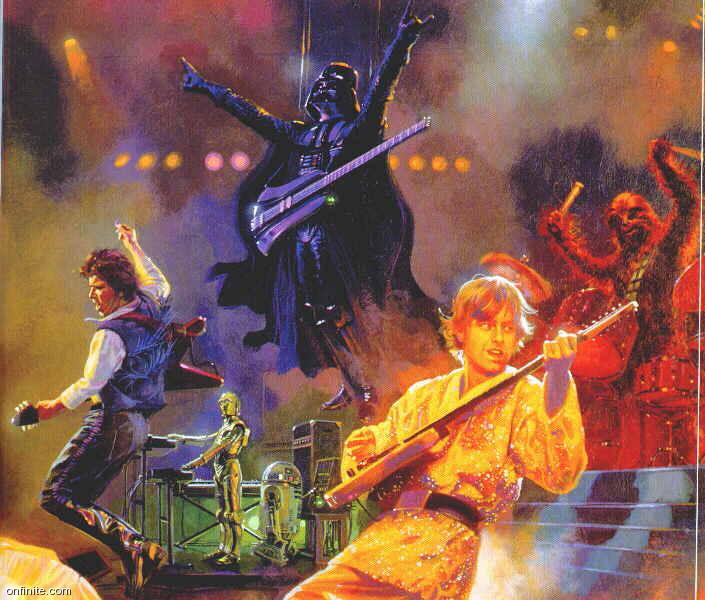 See, this is why Matt & Jess should never be allowed to sleep - or at least should work oud some kind of shift-sleeping arrangement.
posted by item at 2:36 AM on September 7, 2006 I just wanted to say -- I was there I saw it happen.

Ah but do work as an employee for your employer and do your personal interests involve computers, software, etc.?
posted by scheptech at 2:48 AM on September 7, 2006 so informative and yet containing no information whatsoever .... couldnt you have given the five dollars to some homeless chappie instead
posted by sgt.serenity at 2:58 AM on September 7, 2006

Apparently.
posted by stavrosthewonderchicken at 2:59 AM on September 7, 2006

Well that dancing gif certainly elucidates something that's been on my mind, Leather. And that thing is, more buttons. I can't believe Morton Feldman died in 1987. It almost makes me think that everyone will eventually die.

At least John Cage is still alive, and will be, forever.
posted by gramschmidt at 3:18 AM on September 7, 2006

I think that got it.

What the hell's going on? Snow? I'm feeling foamy! Banana slug and bacon milkshakes. Why is the sky turning green? It's raining Ted Nugent!
posted by loquacious at 3:31 AM on September 7, 2006

So this was a total joke, right? I mean, not-hooked-to-the-internet-but-going-to-install-Firefox, that was a subtle slap at nerdy got-to-be-cool types, right? No? Too subtle? Well, how about Spybot, a clue this wasn't serious, right? What do you mean you hear that kind of stuff every day! What are you, some kind of IT or something? Oh. You are. Well, hell. Hey! Look at the neat graphics and non-sequiturs and stuff people are putting up! Gosh, that's cool! (You sure this wasn't just a stupid joke?)
posted by CCBC at 3:45 AM on September 7, 2006

This thread has more than Jumped the Shark...

This will end well.

I dunno if i've ever commented on a deleted post before. first time for everything!
posted by Foaf at 3:57 AM on September 7, 2006

CCBC - I believe I explained above, it's drugs I tells ya. As to the responses, sometimes girls just wanna have fun.
posted by scheptech at 3:58 AM on September 7, 2006

My Firefox just went crap with this thread.

It's almost the only post of the day - since this thing started 3 hours ago there's been a grand total of 2 Meta posts with 2 comments, and 0 AskMes.
posted by scheptech at 4:21 AM on September 7, 2006

this truly IS the best thread ever.

Oh administrator, please hope him.
posted by hugsnkisses at 4:32 AM on September 7, 2006

Stop touching your employer's computers and let a professional handle them. 2) RECEIPT IN MY BAG, NOT IN MY HAND UNDER MY CHANGE.

I thought this was an Australia only problem, but it now seems global. Thankyou for opening my naive eyes quonsar.

Someone should start an organisation to deal with this unsavoury behaviour.
posted by a. at 4:38 AM on September 7, 2006

JamJamo. You have made the internet a better place for everyone tonight....
posted by bigmusic at 4:42 AM on September 7, 2006